After not running any marathons in 2020 (well, I did do one Ultra marathon, Long Haul 100 at the start of 2020), ran the Treasure Coast Marathon in Stuart, FL.

I followed a schedule that my son Tom wrote (originally wrote it for his mom but I plugged in the paces based on some recent runs that I did).

My goal was 3:30, with a "B" goal of under 3:35 which would give me a BQ for my age.  As always, it is an accomplishment to finish a marathon especially without falling apart.

I ran the first 7 miles at an average pace under 8:00 pace ( a little farter than that actually but the only the first 7 were all under 8:00).  After that I did slow down but never "fell apart", with the slowest mile being mile 22 at 9:05.  This mile included the second to last of the four bridge crossings (the "hills" for the mostly flat course).

Wind was HOWLING from the north, part of the course was northbound, a few miles southbound with the rest east or west. The cross wind was almost as bad as the in your face wind.

But wind, or bridges, or anything else would not stop Tom.   This was his first marathon.  He WON the whole thing with a time of 2:42:04.  This was also a course record, smashing the old one by 12 minutes. 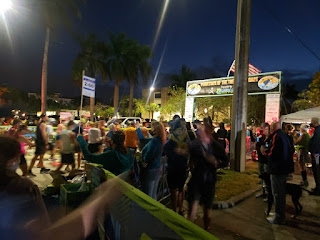 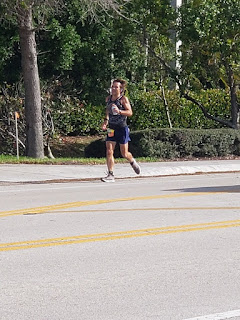 My son Andy (our support guy), Charlotte Dani, and me: 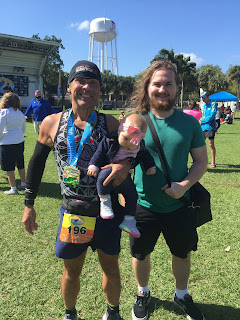 Tom on beach afterward with medal and First Place plaque: 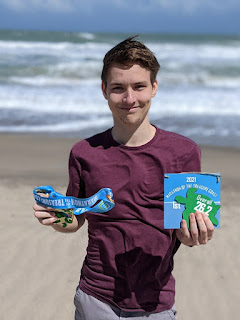 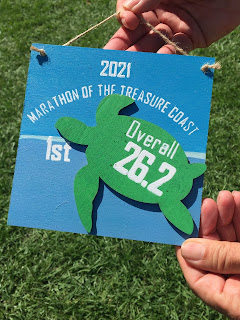 His mom - Jenny, Tom and myself: 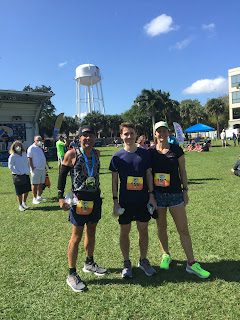 Jessica, Charlotte Dani, and me: 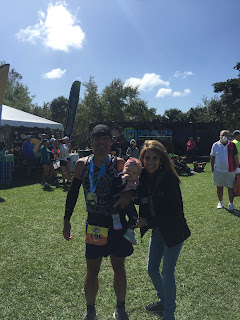